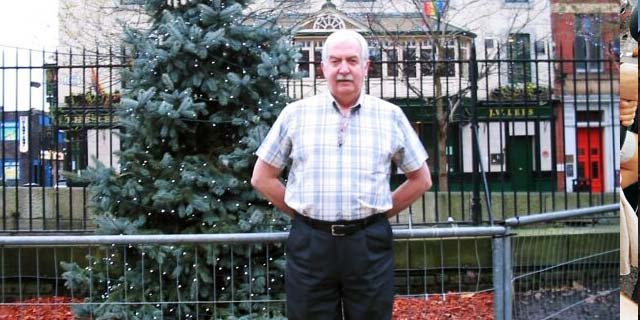 We pay homage to the creator of Manchester Pride

Peter Beswick or "Mildred" as he is affectionately known, was landlord/Business Owner at "The Rem" and architect of the community pub we love today.

He was also the man behind what we all now know as MANCHESTER PRIDE.

Spanning over 3 decades, Peter's time at the "The Rem" was during a period of great social change in attitudes towards The LGBT+ community, although it was already known as a "Gay Bar", he created and nurtured the welcoming "local" we recognise today, fully appreciating that although a pub is a business, it's also still a pub and pubs are about people, Peter knew this to his core and everyone respected him for it.

When Peter arrived at The Rembrandt in the 1980's things were very different to how they are today, HIV/AIDS had arrived in Manchester with devastating effect, the devastation no greater felt than at The Rembrandt with it's clientele of mostly gay men, almost wiping out a generation. The situation compounded by the then Greater Manchester’s chief constable, James Anderton, accusing the city’s gay population in 1987 of “swirling around in a human cesspit of their own making”, often ordering his force to seek out gay men engaging in sexual activity in the then run down "Red light district" that is Manchester's Gay Village today. The Rembrandt was a safe, non-judgmental space where friendship, love and even sex could be found, away from the not-so-tolerant world outside.

You may have read the article in the Manchester Evening News recently where Peter and The Rembrandt are mentioned. Although it was full of inaccuracies. The connection between Peter, The Rembrandt and the first August Bank Holiday event outside on Canal Street are all well documented, Peter is a patron of Manchester Pride, this is without question but that's where the facts end, the portrayal in the M.E.N. gives an entirely different perspective and should have been fact checked before being published. As a result, the piece did a disservice to those that genuinely were involved like Peter.

Our history is important and shouldn't be misrepresented especially with such an important period. Out of desperation, funds were raised to help support the infectious disease Unit of Monsal Hospital where partners, friends and regulars, of "The Rem" were dying.

Peter retired after almost 25 years of running "The Rem" in 2009, he then moved to Oz with his husband Bob where they remain today.

Welcome Peter old friend and thank you. We're at what appears to be the end of a very long tunnel, normality returning with our doors opening again last week. Looking to the future, things look promising, an appreciation of the past though and those that created the community pub that we enjoy today, should be acknowledged and remembered, your historical contribution appreciated, not hijacked by inaccuracies.

Su Pollard chats candidly about her long and distinguished career

We welcome another new neighbour to the village with the opening of Clayton Hotel.