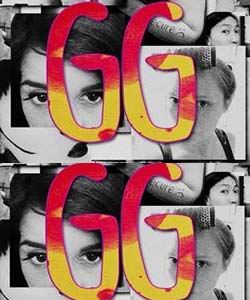 You may already be aware of Girl Gang Manchester after their ‘blink and you’ll miss it’ immersive cinema events proved a sell out success (first Mean Girls, then Bridesmaids). Well good news, they’re back with a brand new exhibition #SeeMySelfie along with a joyous accompaniment of events to get your chops around.

For those of you who might not be aware, Girl Gang Manchester is where popular culture and female empowerment collide. They run all sorts of events including (deep breath now…) immersive film screenings, creative club nights, workshops, exhibitions, skill sharing sessions and discussions, along with an online platform which shines a light on amazing things that women are doing in Manchester and beyond.

The #SeeMySelfie exhibition is yup, all about the selfie phenomenon. Love ‘em or hate ‘em? Self indulgent narcissism or an expression of identity? Oh the debates to be had. Over the course of a month last year, over 200 women took part in the #SeeMySelfie project leading to the collation of the upcoming exhibition. Initially it was about promoting discussion around the contentious subject of selfies but as with the nature of the internet, it grew a life of it’s own as Girl Gang’s Megan Marie Griffith explains;

“Really interesting things came out of it about social media culture, the idea of curating your own life and things being a highlights reel rather than the reality of what it’s like to be you. It also became much more about the captions and the conversation that were had within those captions and the community it formed. There was loads of amazing stuff on mental health, body positivity, body irrelevance, motherhood, body capability, diversity, visibility and minority groups posting selfies as an opportunity to actually be seen and be authenticated.”

Griffith adds “We’re so lucky because some internet based forums can eat themselves and turn to politics and ‘I’m right and you’re wrong’. It can get a bit meta and theoretical but this was a really safe space and supportive community. It was done in a thoughtful and respectful way.”

“Speed Mate-ing was a concept I came up with because we’re spending so much time in the digital world and I was forever seeing people post things like ‘I wish there was a Tinder for friends’ and wondering how to make friends as an adult when you’ve just moved to a new city and are feeling really isolated. Our events seem to have this amazing atmosphere where people seem to really to connect with each other, so I thought why not do something which is concertedly about that.”

Rather than Speed Mate-ing being like the horrifying prospect of a business networking event or an awkward speed dating encounter, Girl Gang aims to create an environment that’s accessible, non-threatening and above all, fun. They’ll be conversation topics and creative challenges, but with an escape route to the bar for anyone who feels there’s something they want to skip. Ultimately, there’s no pressure to do anything you don’t want to do.

With two previous Speed Mate-ing events under their belt it’s warming to learn that 90% of women came alone with plenty swapping numbers and making plans to meet up in future with people they’d met. That’s pretty cool huh?

It’s an intriguing time for feminism and Girl Gang Manchester (and it’s sister projects in Leeds and Sheffield) are focussed on promoting female empowerment using popular culture as a fun and engaging vehicle. As Griffith puts it ‘you can’t really go from the sofa to the picket line in one foul swoop.’

“We try and use popular culture and accessible cultural moments to open feminism up to a new audience who wouldn't necessarily see a feminist event on Facebook and click attend. Rather they’ll see a screening of a film they really love. Not that we’re trying to hide the fact that we’re feminist at all, it’s obviously in all our stuff but once you get there there’s workshops on sisterhood, body positivity, assertiveness and stuff like that. Hopefully by putting it in the frame of populist setting we’re getting through to people who wouldn’t necessarily engage with those topics or group themselves in that category ordinarily.

Whether you’re on the look to meet new friends or want to soak up the Girl Gang experience with existing mates, Griffiths says the onus is very much on connecting women together.

“It’s a celebration of existing friendships groups and people come on their own to things and everyone seems to have an equally amazing time. That’s something to be really really proud of that the atmosphere is so nice that you don’t feel isolated. It’s all about solidarity and sisterhood really.”

As well as the #SeeMySelfie exhibition and Speed Mate-ing, there’s also ‘Thank Art’, a drink and draw session in collaboration with Bury Arts Museum. Think life drawing but instead of nudity, the models are wearing amazing outfits. Also a collaboration with Manchester Museum on collections, crafts and curiosities: ‘Expect show and tells, making, workshops, interactive installations, poetry, music and musings as we display and discuss our own significant objects and ponder what and why people collect.’