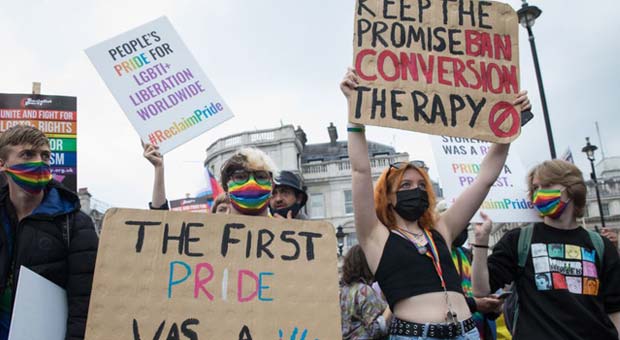 The Greater Manchester LGBTQ+ Equality Panel officially launches today on the International Day against Homophobia, Biphobia and Transphobia, with a promise to make the region better and safer for all LGBTQ+ communities by committing to free the city-region of so-called “conversion therapy”.

“Conversion therapy” is a practice where an individual or organisation seeks an intervention with a predetermined outcome to change, cure or suppress the sexual orientation or gender identity of a person. This powerful commitment to end this practice has been made on behalf of Greater Manchester Combined Authority and supported by many Greater Manchester-based organisations, local authorities and charities.

The iconic Lesbian thriller is being adapted for the stage

Human First due to open in Manchester

PRIDE IN LIVERPOOL 2022 TO MOVE TO PIER HEAD

Liverpool’s annual Pride event, which is supported by Barclays, will move to a new site on the world-famous waterfront for 2022.Read the full line up here.

Are we the perfect city for Eurovision 2023?