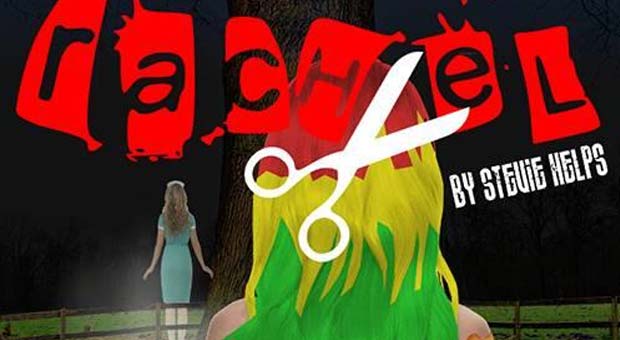 Rachel at the Lowry

Rachel, the play with a borderline personality disorder of it’s own, has returned to The Lowry this month after a little spruce up since it’s last appearance in May. Written, directed and produced by the talented Stevie Helps, Rachel was born back in 2014 and has undergone a number of developments and treatments to result in it’s current persona.

Award-winning writer Helps, drawn inspiration from some of his own personal experiences of psychiatric hospitals to create this multifaceted production, which explores themes of mental illness, most of which is symbolised through our protagonist Rachel.

Rachel “has a 10,000 heads and a personality disorder” the programme tells us. A young woman devastated by the effects of a whirlwind of abuse, Rachel’s world is crumbling but now is the abused becoming the abuser? Rachel’s mental condition is portrayed by three different actors (Brogan Campbell, Lauren Cotter and Jennifer Brooks), all of which give unique and bold performances. This motif was interesting and one I felt could have been pushed a little harder. We first meet the ‘Rachels’ in the pub and I believed them to be three individuals displaying their own characteristics and qualities, before they later appear in different coloured wigs but collectively embody the character, Rachel. If the idea was to introduce use to the separate sides of her psyche before gelling them together to make our titular character, then I feel the opportunity to display how different these personas are was lost in the earlier stages of the play. The three do however have some lovely moments in unison, that do serve as a reminder of both Rachel’s mental condition and of her as an individual.

Given the play's themes, one would be forgiven to expect a very serious portrayal of mental health issues, however the play is undeniably ambitious and larger than life, using a series of dramatic devices, including chorus and song. Kat Rawling performs acoustic songs between scenes and remains on stage throughout, offering relieving moments of peace after stylised periods of melodrama (this contrast I am sure is no accident).

Rachel is a unique piece of theatre that certainly highlights very sensitive and urgent issues. I applaud Helps and all the cast and crew for creating a platform to discuss the severity of mental health. The audience is introduced to a series of different mental illness throughout the play, which drives home that mental health can come in a variety of forms, this was amicable. However, it can become overwhelming both for audience and cast, to take on such mammoth topics and articulate them in an effective way. Rachel can safely join the increasing movement to remove the taboo of mental health by challenging attitudes and ultimately changing lives.