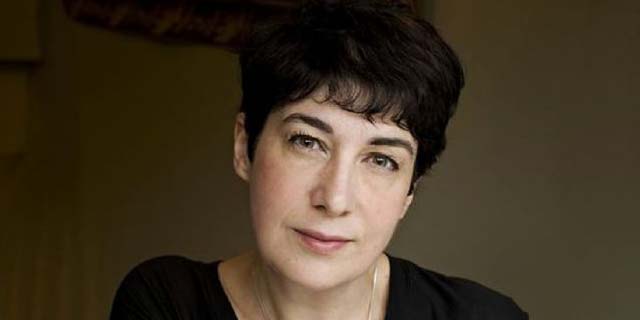 Joanne Harris is probably one of your favourite writers and if she isn’t, she should be considered. Her most famous novel is Chocolat which was turned into a brilliant film starring Juliette Binoche, Johnny Depp and Dame Judi Dench.

That is only the tip of the iceberg, Harris has a catalogue of creation that is staggering and well worth a delve into next time you’re in Waterstones. Not content with the written word, Harris is coming to Waterside in Sale to bring her own special brand of performance, Storytime, with live band and collection of short stories.

1. Tell me about Storytime?

Storytime has been going for about five years now. It started on Twitter initially, seeing if I could tell stories live without knowing how this thing was going end and whether people would like it. It turned into something that was a little bit like story time at school and people did seem to like it so I started to keep the stories rather than letting them just go on Twitter.

Eventually I got enough for a book and I thought, what if I made an illustrated book with these stories. They are not for children but they are very much in the tradition of folkloric stories that we are all familiar with. Then when I was waiting for my illustrator, I thought what about if we made this into a stage show.  I have been in a band since I was 16, writing and playing stuff and thought about making this into musical storytelling based on stories as well as visual aspects and song. So we’ve been putting this show together for the last four years and every year we’ve done a little tour. It’s still a work in progress because we’re still writing new things and adding new things, we’re still trying to push the limits of what the four of us can do.

2. Is there an overriding theme to the stories?

Audience members have come to me and said they didn’t expect to be so moved or profoundly engaged. The original fairy tales were all written for adults, the idea of having stories for children just wasn’t a thing in those days. The Victorians made them into pieces of sentiment and created a comfortable fiction around fairy stories.

3. Is it nerve wracking reading your stories to an audience?

It is interesting and initially it was daunting. I’m used to reading in public, I am not used to singing or playing or telling stories in quite that way in front of an audience, this is much more of a performance than reading. It’s a much more intimate sharing of feelings and I think you have to feel that, it’s not something you can just get away from. I put myself out there quite a lot but on the other hand that is what performance is about. It’s saying “I did this, I did it for you, here it is”.

The last few years I’ve been looking at different ways of telling stories through pictures, through games, through music and this is what has really taken off. I know a lot of authors who are in bands in one way or another. There is something about being an author which is a solitary existence until you’re touring and we seek creating something in a group and being in a band is the perfect way to do it.

4. Your output is staggering, do you still get a thrill from reader feedback?

Absolutely. It is always quite nerve wracking when you give something new to the readers. I never know if it’s worked until its out and it’s been out for some time, partly because a lot of what I do is an experiment and always pushes boundaries of what I’ve done before so there is always a little bit of a risk. I don’t think I have ever done anything that I felt was entirely safe.

5. Who are your favourite writers?

I read all kinds of things. There are things that I re-read a great deal, Ray Bradbury, Maupassant, PG Wodehouse, Dickens, Gide and people like this.

I read graphic novels and poetry and plays. When you’re a writer you need to read as widely as you possibly can.

6. What are you reading at the moment?

I am reading two graphic novels at the moment, Bitch Planet and Nemona. I brought a whole bunch back from London and have only just plunged into them. I’ve just finished judging a literary prize and so these are a palette cleanser before I start any big novels otherwise you kind of start to realise that a lot of first novels are quite similar.

7. You’re big on Twitter, what is it that attracts you?

It is an interesting medium. It is a very conversational medium which means it is very immediate and you can get immediate responses. If you want to know something, Twitter will tell you. I’ve used it on numerous occasions to find niche aspects of knowledge that I didn’t know I needed an expert on and in five minutes, an expert pops up and you can pick their brains. It brings me my news, it allows me to keep in touch with friends and colleagues that I like very much but I don’t get to see very often.

It allows me to do things like Storytime which has been a surprisingly fruitful experiment. It has taught me about phrasing, the value brevity due to the character limit. It has made me reassess how I shape my sentences and how I write.

8. How do you approach a Twitter story differently than a novel?

Everything has to be containable. When you are writing on a laptop, it is easy to fall into the habit of writing in paragraphs. Paragraphs make sense on a screen but they make no sense on Twitter because Twitter is just single sentences. So every sentence that you write has to be a self-enclosed unit. If you have to introduce a character you have to do it in a single tweet otherwise there’s no point. The same goes for a plot point, you’re thinking in terms of single sentences, larger rhythms won’t work.

9. Are you a prepper or do you just write with a vague notion of where it’s going?

I have very little idea of where stories are going.  Even with novels, I will have a general trajectory but that’s pretty much it. The details will find their own way as I write. I have written a lot of books and stories and there tend to be embedded rhythms and I will intuitively know when they are coming, I don’t have to plan out the beats of the story. I feel them coming. It’s like a teacher, which I was for many years, at first you plan your lesson carefully but then you find that you can plan on the hoof without writing anything down at all. If you are writing stories that rely on plot twists and surprises, if you are too meticulous I don’t believe you convey the surprise effectively.

10. What advice would you give to struggling writers?

It’s a struggle. Everybody struggles. You don’t stop struggling either, there is no moment where you can say “I have made it”. When you are a writer, you are only as good as the last thing you did. One of the things that I warn people against is, don’t see publication as the ultimate goal after which all your problems will disappear. It won’t.  You just then hit level two at this point and you will have a whole series of new problems, which is not wanting to put anybody off but it is preparing them for the fact that publication is only one thing.

As for people who haven’t been published and are still struggling towards it, the best advice anybody can ever give a writer is to read huge amounts, as much as you possibly can, in all different directions. The more you read and the more critically you read, the better you will be as a writer.

Joanne Harris brings Storytime to the Waterside in Sale on 1 March.

Smalltown Boy is a LGBTQ+ romance

Invite to the Modern Family Show with 2 Dads

After years of successful fundraising, The Proud Trust is delighted that it has finally started rebuilding