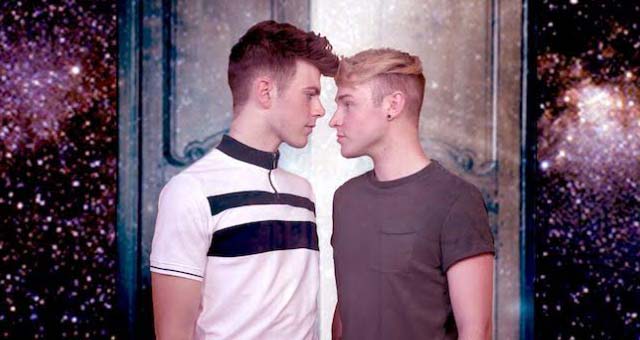 We chat to Actor Sam Retford

Actor Sam Retford is riding the crest of a wave at the moment. Series Two of the hit Channel 4 drama, Ackley Bridge starts next week, he has received rave reviews in the Dibby Theatre/Queer Up North production The Newspaper Boy on stage at 53Two, and in the Summer, he treads the boards again, this time in an LGBTQ time travelling musical, called Closets, which runs in August at the Hope Mil Theatre, and also stars Lloyd Daniels and Atomic Kitten, Natasha Hamilton. We caught up with him to find out more.

What attracted you to Closets?

I really loved the idea of jumping back into theatre straight after filming all year and this was a perfect opportunity. I first fell in love with the show after watching it's original short film made by Lloyd Eyre-Morgan, I kept wondering how on earth they were going to accomplish such an adaption. And if they were, I sure as hell wanted to be there to see it.

Can you tell us a bit about your character?

My character, Henry, is a troubled teenager living at home with his mum in the 80's. He's currently facing a time of identity confusion; yearning to perform as a drag queen, against his mother's will. He finds himself time travelling to the present day where he meets Ben. The pair travel across the universe together. Through which, Henry is introduced to a prevalent drag scene in which he is able to explore his love for performing.

You starred in The Newspaper Boy, prior to this, which was really well received. How was that experience?

It was was an amazing experience. I really do love the theatre, in particular the Manchester fringe scene so it was really great to immerse myself in that again. I was still filming along side it, so juggling the two was like a dream come true. I'd film during the day up in Halifax and then pop down to Manchester for the evening shows after wrap, then back up for the next day of filming. I loved the prep for the role, plenty of nights on Manchester's canal Street and created some amazing 90's mixtapes. The team were all fantastic. Truly lovely job.

Do you think LGBTQ representation on stage and screen has improved?

Absolutely! Certainly from an acting point of view I'm seeing more roles, more conversations more dialogues being had. All well needed. I think we are slowly moving towards not needing "LGBTQ theatre" or "gay films" and simply having shows and films that showcase real-life relationships regardless of their dynamic. But as for now I think we are certainly moving in the right direction giving voice to a previously ill-represented minority.

Indeed it does! Cory is back but this time there's trouble at home and at school. We explore some really close to home subjects that have been a pleasure to bring to life. He grows up a lot this series but still much to learn from life. I think this series will really touch a lot of people.

The show was a big hit, and well received with young audiences. Do you get a feeling when you are filming something, that it will be big, or do you simply have to wait and see?

I think it depends. You can certainly tell if the job your is heading in the right direction, if the content makes you feel a particular way. And I think as actors we are pretty tough critics so if we like it then, hopefully, it's going to be a hit. But sometimes you really can't tell, it's an odd industry and some things land some things don't, we just have to put the right messages in front of people and hope they enjoy the way we choose to tell them.

If someone has not seen series one, how would you describe the show?

A contemporary, original, school dramady set in Yorkshire that follows the life's of all those in attendance and relation to Ackley Bridge College. A new school formed when an all white and all Asian school merged. We explore the school and home life of these people and watch as the drama and comedy unfolds.

What are you looking forward to the most about appearing in Closets this Summer?

I'm super excited for Closets. I'm currently in prep at the moment and creating some BANGING 80's playlists. So music is definitely one thing I'm excited for.

I'm also stoked to be performing at Hope Mill, I've always wanted to work in that space and well, here we are. We also have an outstanding team who I have no doubt will do an amazing job. So I guess I'm most excited about developing the piece and working with them, and also how you guys perceive such an unique musical...What I'm really excited about is sticking on a pair of stilettos and a frock...but don't tell anyone that!

Ackley Bridge, Series Two started this week on Channel 4, and season one is available on All 4, here

Closets opens at the Hope Mill Theatre from 14 - 23 August and you can book via link below.