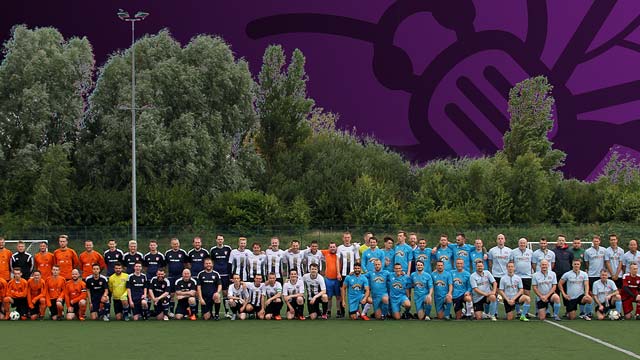 Registrations are now underway, and with over 30 teams having said they are attending, it will be the biggest summer tournament in memory, easily beating the 16 that went to Leicester last year.

Village Manchester prides itself on its inclusive nature, with gay, bi and straight players. An ethos of equality and acceptance of diversity makes it a welcoming club for all players, with new players happy to accept that ethos always welcome. Their 2017 pre-season training starts at Albert Park in Salford at 8pm on Thursday 6 July, just in time to get a couple of weeks of training in before their tournament. For new players it’s free for their first month so they can give the club a go.

Tournament organiser Steve Joyce said “This year’s tournament is going to be far bigger than in previous years. We are delighted to be welcoming teams from as far afield as Glasgow and Edinburgh, Brighton and Cardiff, and even Dublin and Cork. I’m sure one of the reason it’s bigger is because of the warm welcome the visitors will receive from our great city.”

Village Manchester this year celebrates its 21st birthday by hosting the tournament and tournaments is something the club knows about. Steve said “Over 20 Village Manchester members went to Miami a month ago for the World OutGames where we were joined by 15 other teams from around the world. We can’t guarantee Miami’s sunshine, but we are working hard to put on a great tournament.”

The club is also looking for volunteers to help on the day, recording scores and other general tasks.

If you are interested in joining the club, or in helping at the tournament, go to site via link below

Divina raises money for The Proud Trust and new mural

We are delighted to share the news that Didsbury Pride will again take place this September.