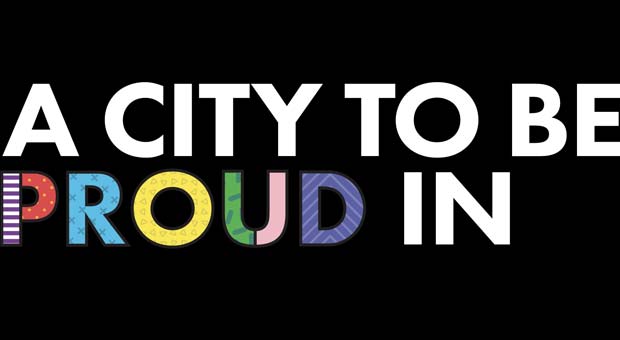 LGBTQ+ charity Manchester Pride has today announced that it will deliver three days of celebrations for LGBTQ+ people in Greater Manchester over the August bank holiday weekend.

The charity, which campaigns year round for LGBTQ+ equality, is responsible for one of Europe’s biggest celebrations of LGBTQ+ life every year and it was very disappointed earlier this year to take the decision to postpone the 2020 festival until 2021 in the light of the COVID-19 pandemic.

With the safety of everyone who is involved with or attends the event in mind, the festival, which generates over £34m of economic benefit for the city, has been moved to 2021 to ensure that it is safe to hold large-scale gatherings again.

The team behind the charity, led by chief executive Mark Fletcher, has worked tirelessly over the past four months to ensure that the organisation, which is able to do the work it does because of the revenue from The Manchester Pride Festival and sponsorship from corporate partners, can continue to provide support to LGBTQ+ people in this difficult time.

A number of grants and other financial lifelines have enabled the delivery of this year’s activity. Financially the work of the charity, like many others in this challenging year, is still at risk and Mark Fletcher is appealing to people and organisations that can afford to support them to do so throughout the alternative festival.

The Alternative Manchester Pride Festival 2020 will feature free content that can be enjoyed by those who wish to celebrate from the safety of their own homes.

Saturday will see a day of content inspired by the Festival’s Manchester Pride Live event. It will be delivered online in partnership with United We Stream Greater Manchester. The platform, which was launched on 3 April by Night-Time Economy Adviser Sacha Lord and the Greater Manchester Combined Authority (GMCA), has played host to artists such as Melanie C, Elbow and New Order whilst raising a staggering £477,000 for local charities and good causes.

Manchester Pride will curate a series of live performances and DJ sets with a number of special guests and partners alongside some legacy performances from previous events and a very special presentation of the Manchester Pride Parade for 2020. The content will then be available again on Sunday for anyone that missed it on Saturday.

Monday will close the festival as always with a moment of reflection at the Candlelit Vigil. Manchester Pride will stream the vigil online so that as many people as possible can be part of it. It will also be broadcast on BBC Radio Manchester and Gaydio.

A new element to the festival, at a time when it is more important than ever to keep certain conversations going, the charity is introducing a Human Rights Forum to explore some of the vital issues at the moment such as Trans Rights and BAME issues.

Over the coming weeks there will be opportunities for the LGBTQ+ community to contribute and add their voice to the celebrations through photos, videos and more.

Mark Fletcher, chief executive for Manchester Pride, said; “We have had an unbelievably tough four months as I know many other organisations both commercial and otherwise have and I am very proud that we are still in a position to deliver this much needed celebration of LGBTQ+ life.

The country is still in shock and many members of our community have been adversely affected by the pandemic, whilst also our Trans and BAME families have faced further challenges. It is more important than ever that we keep conversations around equality and inclusion heard whilst also providing much needed entertainment.

“We remain unable to provide a large scale physical festival but we very much want Manchester’s Gay Village to remain at the heart of what we do. We are working to host a safe and distanced Vigil gathering in Sackville Gardens on Monday 31 August. We will also support the Gay Village businesses in whatever they are able to offer customers over the weekend and every other day too.

“I want to thank all of our partners and supporters that are pulling together to help us deliver this year’s alternative festival. From community groups to partners such as Gaydio, Hits Radio, BBC Radio Manchester, United We Stream, Manchester City Council, GMCA and a special thanks to Virgin Atlantic, Virgin Holidays and each of our other sponsors who are supporting this vital activity.

“Our Festival enables us to help LGBTQ+ people, organisations and charities and without the support of ticket buyers and sponsors we will not be able to continue this work. I ask that over the weekend anyone who can, does donate, because we must continue our work in supporting LGBTQ+ people across Greater Manchester. The conversation must, and will, continue…”

Sacha Lord said; “We are really pleased to bring United We Stream back online for Manchester Pride’s alternative festival. The Festival is a huge part of our city and we know how much LGBTQ+ people across Greater Manchester will miss it. I know we can deliver a brilliant alternative which will hopefully also raise loads of money for the charity to continue its vital work into 2021.”

Manchester Pride has delivered a number of successful online events in 2020 already. The annual Manchester Pride Conference was delivered online in March, the charity launched a programme of community engagement with online Youth Pride workshops and listening groups open to LGBTQ+ people in Greater Manchester and it provided 8 weekends of new and legacy performances every Friday evening with Manchester Pride Live in Your Living Room.

Texts cost £3 plus one standard rate message and you’ll be opting in to hear more about its work and fundraising via telephone and SMS. Those who would like to give £3 but do not wish to receive marketing communications, text MCRPRIDENOINFO to 70450.

A brand new series from the team behind LCR Pride Foundation

LGBTQ+ owned / allied pubs, bars, cafes and restaurants in the North West are being encouraged to enter the first ever North West LGBTQ+ Business Awards.