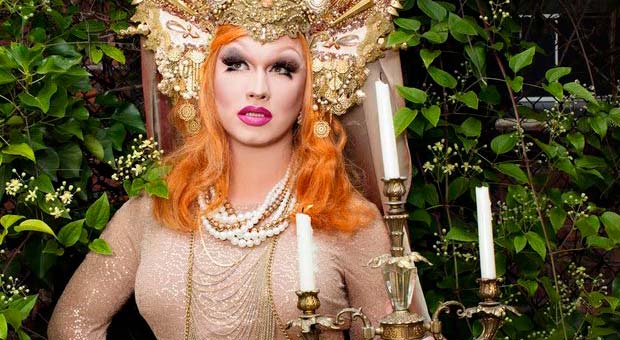 Happy Valley Pride has announced a series of online events during the week the main festival would have taken place. From Thursday 23 to Saturday 25 July the mini digital festival will include special guests, live performances and more.

International drag superstar, Jinkx Monsoon will be performing a special show especially for Happy Valley Pride called ‘A Midsummer Night Scream’. There will also be an online singalong and disco, a look at the life of Anne Lister and a number of surprises.

Jinkx Monsoon was the winner of the fifth season of RuPaul's Drag Race. One of the top Drag Race performers (New York Magazine), Jinkx is an accomplished singer and comedian performing shows worldwide, most recently selling out extensive UK tours.

The ‘enormously talented’ (BBC), ‘musical powerhouse’ (Chortle) Kirsty Newton will lead a singalong of classic Disco anthems. The singalong will be followed with an after-party with ‘Legendary’ (BBC 6 Music) DJ Red Helen.

Writer and academic Dr Jill Liddington, whose research into the diaries of Anne Lister inspired the BBC/HBO series Gentleman Jack, will provide an insight into the life and times of the iconic Anne Lister.

There will also be some surprise content to keep everyone informed and entertained.

“Happy Valley Pride has established a reputation of bringing world-class acts to the area. Following this tradition, we’re very lucky to be presenting an exclusive show by Jinkx Monsoon, one of the biggest stars to come out of RuPaul’s Drag Race. We’ve got Kirsty Newton, who has been doing the digital singalongs for us – we’ve done two so far with over 180 participants joining Kirsty, who tours across the world with her big, happy gay singalong show. We’ve got local academic Dr Jill Liddington giving a talk on Anne Lister whose work inspired Gentlemen Jack.

So we’re pulling out all the stops with very limited funding and resources to create something special for our wonderful community in a very challenging year. Even though we can’t get together in person it’s important to still show our Pride.”

Further information on all the events can be found below