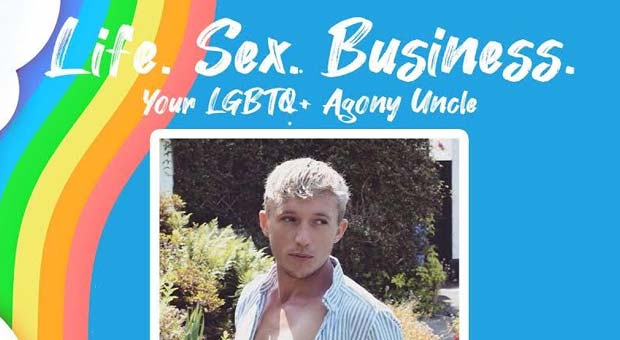 Dear Kieran answers some more of your questions

Remember, if you’ve been affected by any of the issues raised in this column it’s always okay to ask for help. Reach out to friends, the Dear Kieran social media pages or one of the many dedicated organisations.

Dear Kieran, I’ve just found out a friend has started escorting and he’s kind of dating (open relationship) one of my closet friends who definitely won’t know or approve of that. Is it my business to confront the former? Or expose that behaviour?

What works for some, won’t always work for others and this is a tough one, on one hand you could say that really it’s none of your business what others are doing behind closed doors yet on the other, if it was your significant other – would you want to know? Without the whole backstory it’s a difficult one, but here are my thoughts on this. How do you know that your friend definitely won’t approve of it? To me, they don’t seem the prudish sort and have obviously had a conversation around sex with others and are more than happy for each other to have a sexual relationship with other people, so what difference does that make whether they’re getting paid for doing so? There is a lot of stigma around escorts and I think we need to learn to be a little less judgemental with sex workers, some do it purely because they love getting laid, others do it to get by and pay those bills. If they’re happy, leave them to it. Also – he’s only “Kind of dating” someone, that doesn’t sound too serious, let them find who they want to be together, for all you know when they take the step to being in a relationship the escorting may stop. If it’s really playing on your mind and you feel like you have to say something, I’d raise it directly with your friend, don’t beat around the bush and just be honest, say you’d seen him on an escorting site and just wanted to put it out there in case he didn’t know.

Dear Kieran, I’m ready to settle down now in a long term relationship but It’s not working for me, what do I do?

Honestly? If I knew the answer to that I wouldn’t be sitting at home most nights under a blanket, surround by tortilla chips whilst Netflix & Chilling on my own. There is no guaranteed way to bag the man of your dreams. It’s not a 10 step program. For some they can go from one relationship to another to another, for others, like my best friend they can end a long term relationship and find their soul mate pretty quickly after and live (hopefully) happily ever after and for others (like me) you can just be single for a long time. The important thing to remember is that, it’ll just happen, there’s no way to make it happen and by trying to push it, you run the risk of appearing desperate which is not a turn on. Learn to enjoy your own company and if you’re finding yourself feeling lonely – I get it, surround yourself with friends, especially in these dark nights with Christmas (yes I said the C word) approaching. As they say, it’ll happen when you least expect it.

Dear Kieran, I’m thinking of starting my own company but I don’t know if I should risk it, I have a good job & a nice apartment and am comfortable – is it worth the risk?

It’s always a difficult one when you’re thinking of going into business. It’s a risk, but one thing is for certain, it won’t be easy so the question you have to ask yourself is, are you ready for lots of all-nighters? Are you ready to eat beans on toast every day for a week? Are you ready to say goodbye to your social life? Are you ready to be constantly stressed? Are you ready to lose your safety blanket of a guaranteed income? If it all goes wrong, are you prepared to start from the bottom again and work your way up? If you can honestly answer yes to these things, then that’s a good start. If you think those things won’t apply to you, then going into business is definitely not for you. I’ve had DSUnderwear for 4.5 years now and all of those things still apply today. For me, it’s always been worth the risk, regardless of how tiring and stressful it can be, knowing that I took a business from zero, with no financial help from anyone or any bank to being an international company makes it worthwhile, I’m a firm believer of I’d rather take the risk and know the outcome than look back in 15 years and say “What if”.  It’s tough to really go into detail in a short space – but reach out via the Facebook page and I’ll be happy to help in any way I can.

Dear Kieran, I’m thinking of proposing to my boyfriend on Christmas day but I’m worried that he will say no or that he will only say yes because it will be in front of all of my family. Any tips?

Yes, don’t do it in front of your family. All that added pressure is not going to make this easy. If he doesn’t want to say yes he might feel like he has no other choice with all of your family around, if you’ve got reservations about asking him then maybe now is not the right time to be dropping down to one knee. When it’s the right time, you’ll know. Proposing should be special and memorable. There’s no harm in making that a moment just between the two of you.

That’s all from me cherubs – Catch my next edition in two weeks, but for now – make sure you like and follow the Facebook and twitter page and send in those questions for Novembers #DearKieran