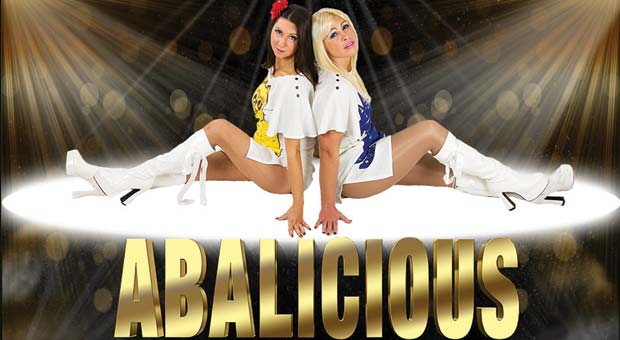 Ex Bjorn Again singers, Carla Winters and Nicole X head up a celebration of some of pop’s most enduring and brilliant anthems but behind the glitter and glamour have been challenges that lesser mortals would have shrunk away from.

Canal St’s Chris Park spoke to each diva to find out what makes them tick and what they are looking for from the future.

First up is Carla Winters or Agnetha if you’re lucky enough to see her on stage. Carla is fighting back to the spotlight after a gruelling battle with breast cancer which saw her take on a huge Bjorn Again tour and chemotherapy at the same time in 2018. Somehow she also finds the time to run the Breast Friends Cancer Support Group on Facebook where brave fighters of the disease share their story.

First of all, how are you?

I’m fine. I’ve had a diagnosis for breast cancer for one year but I was given the all clear in January. I have the BRCA1 gene, the same as Angelina Jolie.

Music is a healer, the audiences give me energy. I was having chemotherapy while I was touring. I set up the page on Facebook. I relaunched Abalicious and we did Pride in Croydon with Kym Mazelle this weekend, we are doing Brighton Pride on 4th August. Then we will do a mini tour of Scotland, Ireland, Leeds, Bath, Cardiff, London.

What advice would you give to anyone worried about breast cancer?

It’s natural to be worried but being positive is a medicine on its own. You must take time out for yourself and care for yourself. I looked into nutrition and science of the body. My attitude was to get out and carry on.

How did you juggle touring and chemo?

At times I couldn’t cope. It was mainly image which affected me, after three months I lost my hair. I got an emergency wig from a wonderful man called Raoul.

People around you can’t handle it. It still affects my Mum. I also bonded with my Dad who I hadn’t spoken to much before. My Dad is the carrier of the gene and he blames himself.

I had a double mastectomy in January which was looming over the whole tour. They added expanders and were pumping me back up with saline. They then replaced with silicone and injected fat in. They diagnose from where the cancer is, remove the tumour and then analyse what chemo/radio you need. It does de-womanise you.

Lucinda Ellery Consultancy came to your rescue when you started to lose your hair.

She is amazing. She has salons around the world. She decided to give women their dignity back. I had an intralay system., it is a lace hypoallergenic cap and they weave human hair onto it, your own hair grows underneath. It is expensive but they have a finance option, listen to me, I sound like a sales person. Children go and the smile on kids faces when they are leaving is wonderful. They gave me my identity back, people didn’t know.

How has cancer changed your life for the future?

It made me see the people who stuck around me. I lost a lot of people who I thought were real friends. A lot of people have come into my life, friends of friends. I have had messages on Facebook from people saying I have inspired them. I wanted to give people strength. I do frank updates, I say when I’m really down.

I went to the Harper Clinic for the best HRT. You pay for analysis and get the right mix. I have a mix of testosterone and oestrogen gel. I feel twenty again. There is light at the end of the tunnel. So many resources were available to me, MacMillan support were wonderful, they helped with a lot of things.

I had my lumpectomy when I was doing the Steps/Blue Summer Tour. I was sat in a field with Lee Ryan and he was saying how he was moving house that weekend and how stressful it was, he asked me what I was doing and I said “I’m having cancer removed”, those boys from Blue are lovely.

It’s just so exciting. We are designing the set and stage at the moment and new costumes. I’ve always run my own show before Bjorn Again. I was in the original Pop Idol and recorded a single with Rik Waller who’s still my mate, we judge talent competitions together. I also did Page 3 which is ironic when you think about it.

Did you consider moving away from Abba?

It was a natural progression to evolve myself and use my experience. I am former Bjorn Again and so is Nicole so we’re just carrying it on. I always ran it, I was like the Queen of the Abba world.

Are you solely focused on Abalicious or do you have other irons in the fire?

I’m heavily into my show on Radio 92.2FM. I do a show on a Monday and have a lot of freedom. I use the show to expose local talent and to talk about survival of breast cancer.

Would you ever consider being Frida?

I started as Frida but my look was more Agnetha. There is a show in the north called Abba Reunion which is one of the best theatre shows, they are really authentic whereas what we do is more parody. They gave me the courage to carry on, I did a few dates with them and they welcomed me with open arms.

Next up is Nicole Ndah, the Frida to Carla’s Agnetha, who learnt her trade on the stages of the West End and is now championing dance for kids of all abilities to allow them to shine because of their diversity rather than despite of it.

What drew you to Abba?

I was brought up on pop music. I started my career at The Royal College of Music under a wonderful teacher, Mary Hammond. I went into the West End, I was in Oliver at the London Palladium and in touring musicals. Then the audition for Bjorn Again came up. I have a chameleon like voice, I can do soul music or pop. That is why I am good at backing vocals. I love changing my voice and tone. Abba has a wide vocal range and is never out of fashion, I have a bubbly personality and it lets it come through.

Tell me about your time backing Kylie?

I was with her when she was promoting Spinning Around on live TV and it was an amazing experience. What a lovely person she is. Sometimes people don’t always turn out to be. It was her big come back and was an exciting time.

Would you rather tour or do a static show?

You can’t compare the two, they are so different. I love touring; a different crowd, venue and town. It keeps it fresh but with a static show you get into a routine and have a family of people around you. A tour is exciting but tiring.

Tell me about Kidz Got Talent?

It is a theatre school that I run. It has been going three years but is expanding quickly. My nine year old is high functioning autistic and she loved to perform but it came with anxiety. So I started a school for her. I also teach at a special needs school. We are accepting of all abilities.

What has been your proudest moment in performing live?

Playing Nancy in Oliver at the London Palladium was fantastic. Supporting Shania Twain at Hyde Park in front of 57,000 people was brilliant.

You’re also an accomplished songwriter, what kind of songs do you love to write the most

I got into writing many years ago and got lucky. I would do it day in, day out, sometimes up to ten hours a day. Then I would be pitching them to artists, it’s just the luck of the draw. I love writing commercial pop. I’ve written for The Sugababes, Ministry of Sound and Hed Kandi but gigs pay the bills, there is not much money in writing anymore. I love it but I need to feed my kids. I had to think logically and with writing you need the space to focus.

Would you ever consider being Agnetha

I have on a couple of occasions but as I’ve got older my voice has changed and lowered so it lends itself to Frida more.

A brand new series from the team behind LCR Pride Foundation

LGBTQ+ owned / allied pubs, bars, cafes and restaurants in the North West are being encouraged to enter the first ever North West LGBTQ+ Business Awards.