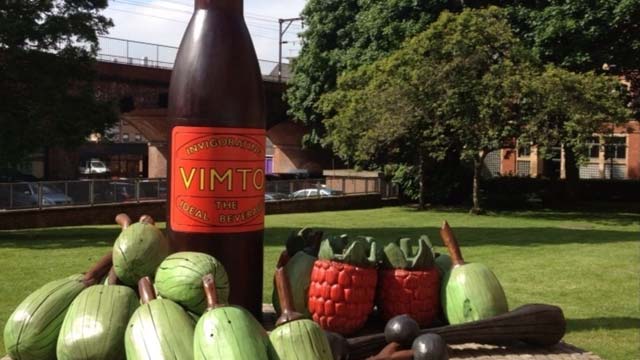 Wood – BoxedIn Theatre - “Camping is all fun and games. Until someone dies.”

When a group of students go camping, they’re pretty sure that they’re in for a nice, relaxing break.  It’s a camping trip, right? What could possibly go wrong? But when Tom discovers Nick lying dead in the middle of the camp-site, the trip takes a turn that none of them could have expected.

Last week we went down to the Wood at Vimto Sculpture Park for a piece of immersive-lite theatre with Boxedin Theatre Company’s performance of Wood for the Greater Manchester Fringe.

An energetic piece of new writing, exploring sexuality, gender performativity, and queer space in theatre, Wood joins six students on a holiday that goes horribly wrong.  As an audience member, you’re welcomed right into the campsite; an intimate, and often overwhelming surrounding in some tense and unexpectedly emotional scenes.

The show alternates between straight and queer performances – actors play characters of their own gender one night, and across genders the following.

At the end of the first performance director Oli Savage invited us back for the following night to see the genders flipped, and I’m very glad we went. Watching the performance on two consecutive nights allowed us a greater understanding of the scope of the examination of gender performativity Savage was reaching for, and in doing so, creates a very clever comparison of group dynamics, interactions, gender performative expectations - and the preconceptions we hold in both ordinary life, and in extraordinary circumstances.

With the show only around forty-five minutes, the cast did a cracking job of showing us their versatility over the two nights; we came back for the second night talking about how we expected certain characters to appear and behave, now that their gender had been switched.

Instead, we were impressed by the way in which our expectations were pretty much blown out of the water. We laughed a bit at some of the scenes in which the teenagers are meant to show how their romance has developed and relationships have deepened into conversations about the vastness of everything - but perhaps only because we’re heartless and cynical like that and forget that they were probably just being cute and romantic.

That being said, we’ve continued to talk about the roles and relationships portrayed in the show (much to the irritation of our fourth housemate who couldn’t make it to the performances) even a few days later - something Savage and the cast should be proud of.

It was a clever performance, and unlike anything I’d been a part of before – and one we highly recommend watching, especially if you can make it to both nights.

Admission is free, and the show takes place on the Vimto Bottle Green Space, on Sackville St.