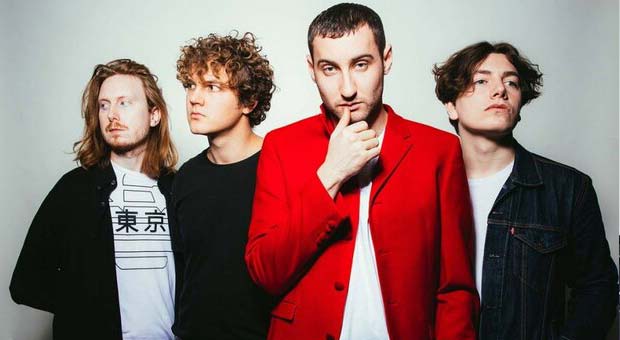 Is indie music dead? This has been the topic of much discussion over the last decade or so. The popularity of bands like The Strokes, The Killers and Arctic Monkeys in the early-to-mid ‘00s instigated a surge in indie bands in the following years that quickly became a detriment to the genre - in other words, there was way too much supply for the demand; and each new band began to feel like an increasingly poor imitation of the last. Therefore the latter half of the ‘00s was branded the era of “landfill indie”.

Well, like Frankenstein’s monster, the cold cadaver of indie music has recently been revived, and there is an electricity that now runs through the veins and into the amplifiers of a new cohort of young musicians. The repurposed rhythms, indistinct lyrics and self-absorbed attitudes that led the genre to its ignominious end have stayed in the bin, surgically replaced by a more experimental sound and lyrics that delve more deeply into both the songwriter’s psyche and the important issues that affect us all. Together with an end-of-the-world angst that many of us will find relatable, all of this succeeds in creating a sense of ‘fuck those who came before, it’s our turn now’ that encompasses how the younger generations feel in general these days, whether it’s regarding music or politics. Indie is indeed alive, and it’s taking up a pitchfork.

In step Sea Girls. The members - Henry Camamile (vocals, guitar), Rory Young (lead guitar), Andrew Noswad (bass), and Oli Khan (drums) - actually met in high school, but it wasn’t until 2015 when they had all settled in London that the band was formed, naming themselves after a misheard lyric from a Nick Cave song. Since then, Sea Girls have become renowned for their indie anthems and energetic live shows.

Having signed a worldwide multi-album deal with Polydor Records last May, the band’s first two singles released on the label - “Damage Done” and “Violet” - were named Hottest Record in the World by Annie Mac on BBC Radio 1. Their debut album, Open Up Your Head, was released on Friday August 14th and debuted at number 3 on the UK albums chart.

Equivalent to Dr Frankenstein, Sea Girls have essentially formed a living, breathing sound from the best elements of the discarded genre: guitar riffs reminiscent of Stereophonics; The Killers-style synths; sing-along choruses that would make Noel Gallagher envious; and passionate, penetrating lyrics about love, loss and mental health that made The Wombats so inspiring. This is a more formulaic approach than most of the other indie bands on the scene at the minute, which means that although every song considered individually is exciting and refreshing, an album consisting of fourteen songs eventually feels rather repetitive.

However, Sea Girls are more than just a generic amalgamation of countless influences. There is something fundamentally human in their music. Frontman Camamile has spoken about how suffering a head injury (hence the album’s title) changed his perspective on his life and his lyrics, resulting in a more open and honest approach when it comes to his songwriting. Lyrics like “Your heart changed, mine stayed the same” on the album’s opener “Transplant”, “I just can't shake the feeling I'm all alone” on “Shake”, and “I'm never gonna live forever, why would I even try?” on the band’s latest single “Forever”, will undoubtedly connect with everyone on some level.

Overall Open Up Your Head is an impressive first outing, feeling familiar but fresh to anyone who was a fan of indie music before its unfortunate downfall all those years ago. It will be interesting to see how Sea Girls develop their sound in the future.