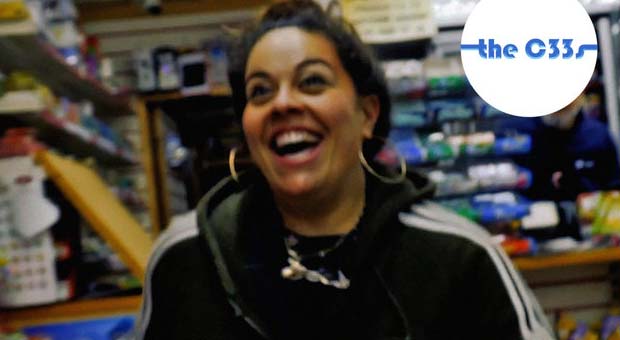 Hot new Manchester-based alternative punk band The C33s have had an impressive first couple of years. With a name and sound inspired by veterans The B-52’s, their introductory EP (48 Hours at Neon Palms) was released in July 2018, with their debut live performance taking place the following October at Jimmy’s in Manchester. Soon after they were signed by These Bloody Thieves Records.

Since then the band’s momentum has grown steadily. They have released a number of singles, including their official debut “Manic Depression”, which was unleashed in March 2019 to positive reviews and airtime on various radio stations, such as BBC Radio 1 (Huw Stevenson) and XS Manchester (Mike Joyce). Championed by BBC Introducing Manchester (Michelle Hussey & Natalie-Eve Williams) and Shell Zenner, it is clear that The C33s have rightfully earned a strong and dedicated following.

Earlier this week, on June 29th, The C33s released their latest single, “Harpurhey Hostility” - a combination of frenetic guitar riffs and accompanying bass, impassioned vocals, and the tribal drums that give the band their signature sound. Recorded at Magic Garden Studios in Wolverhampton and produced by Gavin Monaghan (with mixing by Joseph Murray), the song has all of the angst and urgency of The Ramones at their most unbridled, giving you the sense that The C33s would feel perfectly at home on the CBGB stage circa 1977.

Lyrics like ‘wasps instead of worker bees’ and ‘steal it even if it’s free’ - punctuated by the track’s title, ‘Harpurhey hostility!’ - paint an intrinsically impulsive and unyielding picture of the residents of this North Manchester town. Especially in a time of nationwide lockdown, this song fuels the fire within and makes you even more restless and ready to break out just in time for the pubs to reopen at the end of the week.

The music video for “Harpurhey Hostility”, which was filmed in the centre of the town that it represents, is available on The C33s’ YouTube page now.