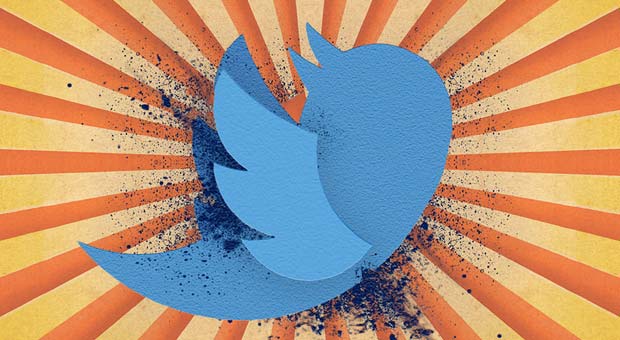 The Aequitas Collective and Folk Opera Iceland are bringing their lauded twitter opera #echochamber to the UK this summer after a successful run in Reyjavik, Iceland earlier this year. Here is what we thought..

#Echochamber – A Modern Opera which just happens to be queer

“When Justie sends a misguided Tweet, she employs her colleague Talon to try and fix the mounting backlash on social media. Meanwhile his wife Finna, a famous lifestyle vlogger, begins an online affair with recluse Freyja. #Echochamber explores how we 'make mistakes' online inspired by Jon Ronson's book 'So You've Been Publicly Shamed'. This Anglo-Icelandic opera invites audiences to tweet their 'deepest, darkest secrets' onto a live twitter feed as we contemplate: "where do we live nowadays? On or offline?"”

In 2016, Rosie Middleton and Isabella Leifsdottir and composer Michael Betteridge came together to form an Opera and Musical Theatre Collective focussed on equality. They called it The Aequitas Collective. Using Twitter and online harassment of women as a starting point, #Echochamber is their first work. The piece was developed with Icelandic writer-director Ingunn Lara Kristjansdottir and co-produced with Folk Opera Iceland.

The theatre space 53Two was stifling, evocative of the weight of the subject matter, we were encouraged to Tweet, using #Echochamber. The Tweets; irreverent, funny, serious, appeared on the backdrop of the stage. This was set to be a truly interactive experience. Our host for the evening, composer Michael Betteridge, introduced the performance and told us to keep our phones on (but silent).

Echochamber reveals our worst online fears and holds up a mirror to our vanity. The themes of the piece; public shaming, treatment of women and online love affairs were shown in all their bleak, visceral passion. I won’t spoil the show with a blow-by-blow, but you will likely recognise the base storyline from the news cycle in 2013. The Tweets projected on the stage are verbatim, and you will not enjoy reading them.

Half English language, and half Icelandic, the story is told via music, spoken word, and subtitles/Tweets projected on the back wall of the stage. This was brilliantly effective and helped with my understanding of the Icelandic portions of the piece. What I didn’t know until the Q&A was that the Icelandic word for connection (samband) can also mean relationship, which brought new meaning to the Icelandic lyrics from Finna and Freya.

The handheld selfie-lights immediately suggested mobile phones and served as shorthand for those conversations which were had over social media.

Written in a dark minor key, the music offers no sanctuary from the reality. Many of the lyrics, in fact all from the final aria, were taken word-for-word from interviews with Hildur Lilliendahl Viggósdóttir, an Icelandic feminist who has both shamed misogynists online, and been shamed, received death threats and harassment.

In the words of Rosie Middleton (Justie), “Once you’ve been condemned [online], you have no voice”. Once she has been vilified, Justie is abused, receives death and rape threats, and loses her job; and it’s important to note, that these were real Tweets. What I have taken away from this very modern opera is that consideration must be given to our online presence. We all exist in our own echo chamber, and we must curate our words and thoughts as we do in day to day life. All too often we type in anger words we’d never say in real life and, “there’s only good or bad online”, no shades of grey.

The single male character Talon serves as the visual representation of toxic masculinity, at one point physically attacking Justie with a chair. The third thread of the piece is his gradual loss of control (and the loss of control of each character) as the story unfolds.

The next thread of the story is an online love affair between Finna – an online celebrity and wife of Talon, and Freya – an Icelandic recluse. This serves as hidden in plain sight queer – the story just happens to be between two women. The gender and sexuality are not part of the storyline, and this normalisation of queer relationships is so beautifully written (and beautifully performed by the brilliant Jónína Björt Gunnars and Isabella Leifsdottir) that it drew my attention each time they appeared on stage. They weren’t stereotypes, they weren’t comic relief, and they weren’t any more tragic than other characters. It isn’t really a surprise that there would be a queer thread to the story as the collective is 75% LGBT+.

Echochamber is an opera for people who have never been to the opera (or don’t like opera!). With its painfully relevant themes, modern love story, and subtitles, it is accessible to anybody and everybody.