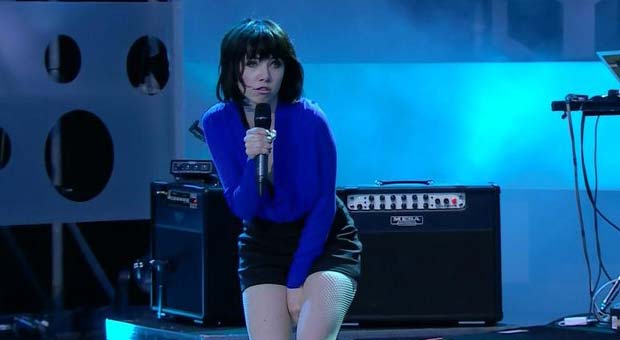 Multi-platinum Grammy nominated artist Carly Rae Jepsen played Manchester for the first time last Friday 7th Feb, so it was only fitting that there was a massive party to make up for all that lost time.

With the high-demand gig moving from Albert Hall to O2 Victoria Warehouse, Jepsen appeared to thunderous cheers as the familiar and much-loved sax intro of 'Run Away With Me' filled the venue.

The global pop queen, who first came onto people's radar via Canadian Idol, left barely any space for fans to catch their breath as she ploughed through hits from her new album Dedicated - an album she initially wrote 200 songs for - as well as critically acclaimed E•MO•TION which got her the Grammy nod.

Highlights of the show included moody funk ballad 'Cry', taken from the Side B E.P. and the classic earworm 'Call Me Maybe', though there was something for everyone in the generous 21 song set.

What with it being the first show of her Dedicated 2020 UK tour and her first in the city, it was only right that she treat the audience to the debut live performance of new single 'Let's Be Friends'.

Released the same day as the show, there were already many Carly stans in the crowd singing along to the catchy lyrics, hinting that it could be another smash hit to add to her collection.

The show ended on a high with the snappy track 'Cut To The Feeling', nailing a successful first visit to Manchester and leaving fans hungry for more.

Hopefully she will come back sooner next time...